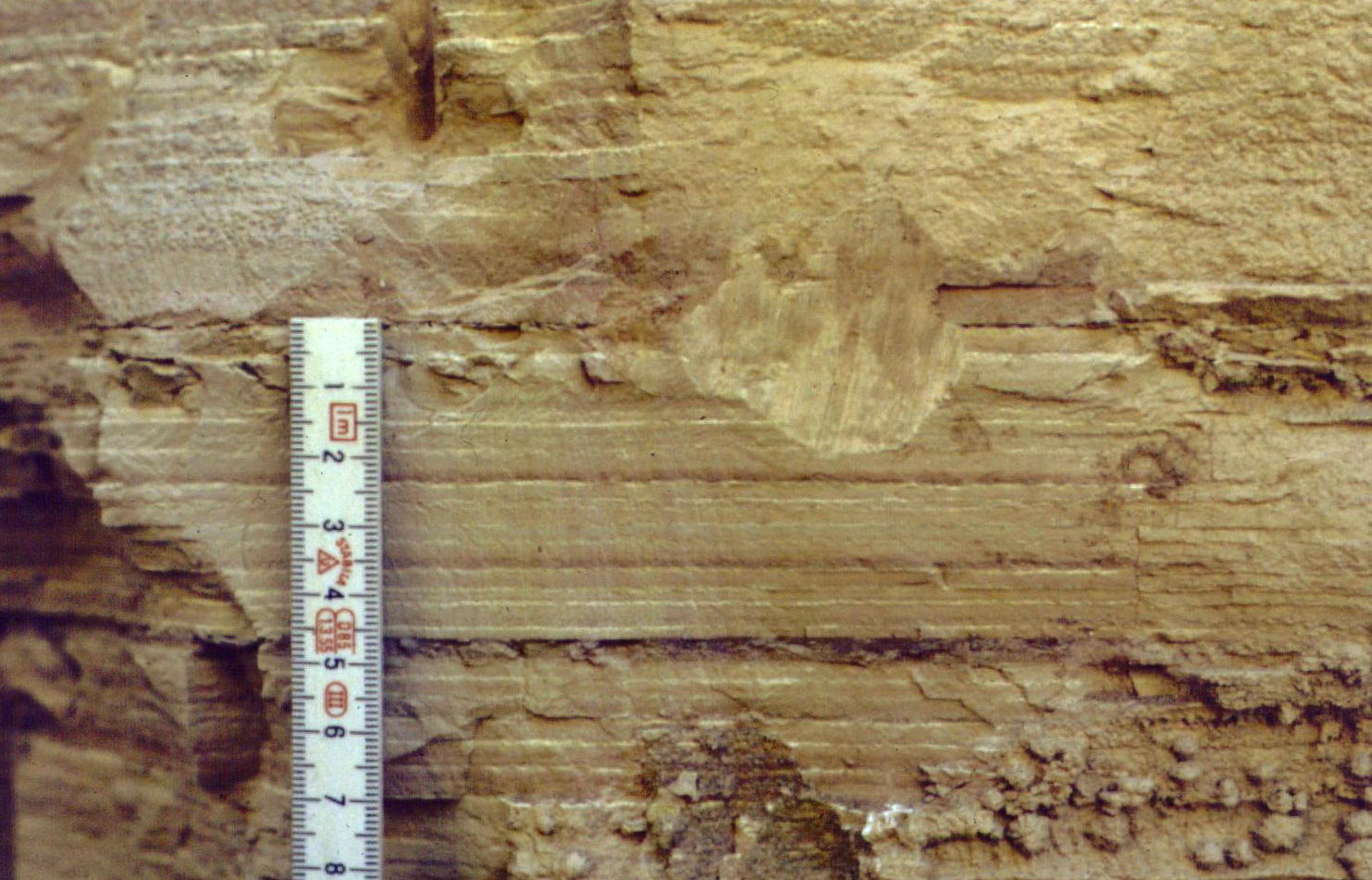 The principal component analysis (PCA) can be used to decipher the statistically independent contribution of the source rocks to the sediment compositions in the Santa Maria Basin, NW Argentine Andes.

At around 30,000 yrs ago, the 20,000 km2 large catchment of the Santa Maria Basin in the NW Argentine Andes was hydrologically and sedimentologically closed by a catastrophic rock avalanche (Trauth et al., 1999, 2000, 2003). The resulting paleo-lake Santa Maria formed an effective sediment trap during the existence of the landslide barrier. The provenance of the sediments of this lake contained in the varved layers can be traced using index minerals characteristic of the catchment area. All samples contain quartz, albite, potassium feldspar, illite, muscovite, chlorite, kaolinite, montmorillonite, vermiculite, and smaller amounts of hematite. Whereas the reddish clay and silt are rich in kaolinite, potassium feldspar, and hematite, the green-colored sediments contain higher amounts of chlorite and muscovite. 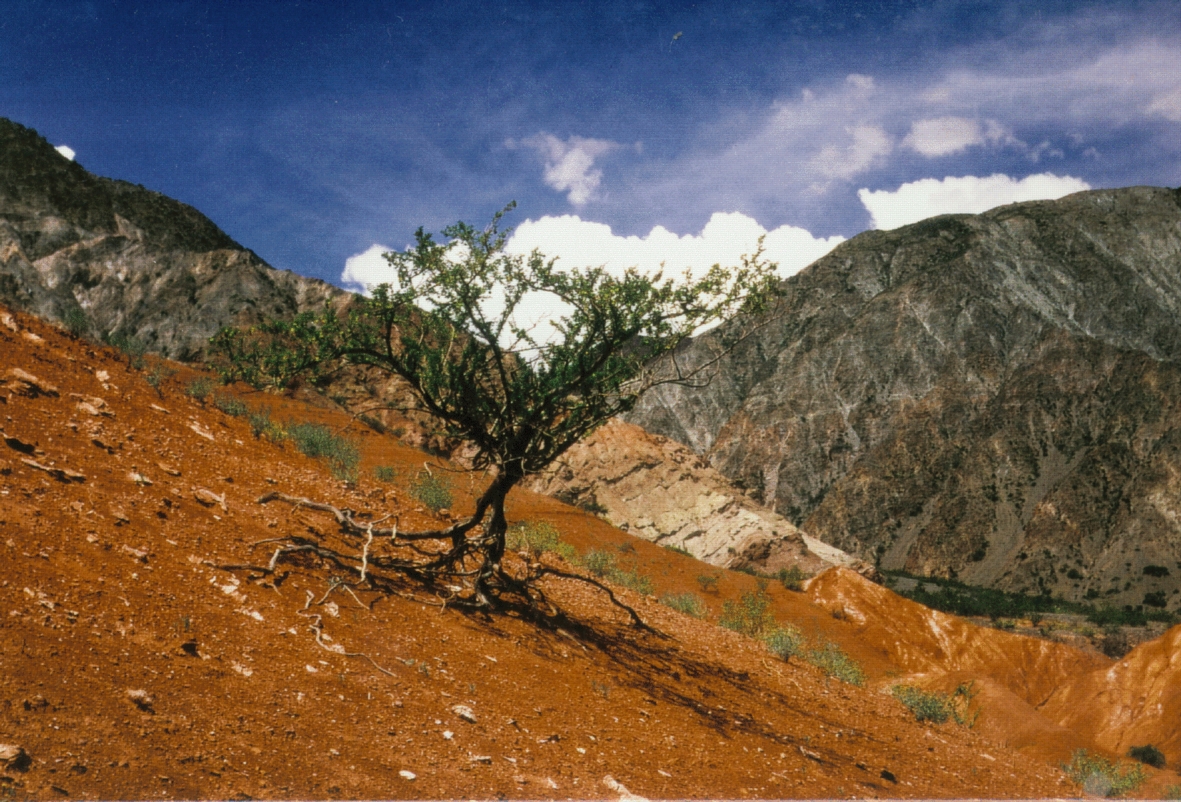 The comparison of these mineral associations with the mineral content of source rocks in the catchment area indicates that Fe3+-rich Cretaceous and Tertiary sedimentary rocks in the valley regions were the principal source for the red-colored base of the varves. Components of the Paleozoic metamorphic rocks in the mountainous parts of the catchment area were most likely the source of the drab-colored upper part of the varves. Andrea Müller, former diploma student  and co-author of the paper published in the Journal of Sedimentary Research (Trauth et al., 2003), used a principal component analysis (PCA) in the way desribed in the previous post to linearly unmix the sediment composition of millimeter-thick slices of sediment sampled from individual varves. 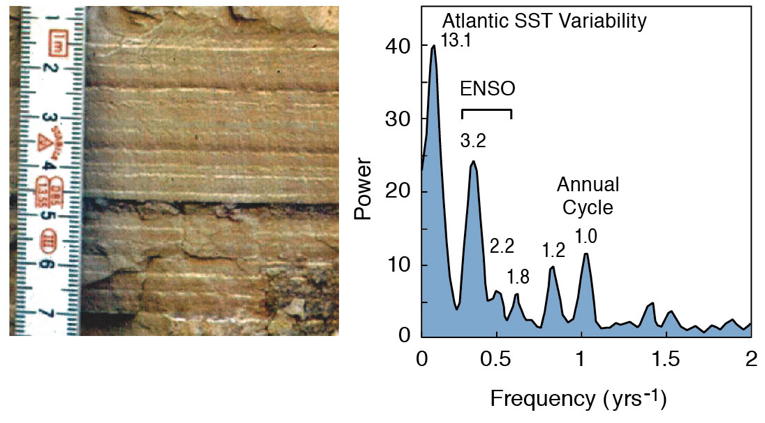 The bimodal character of varve composition suggests a yearly cycle of pronounced erosion in the basement source terrains alternating with important erosion in the sedimentary sequences in the valley regions. The peculiar sediment pattern in the varves correlates with present variations in rainfall patterns (Trauth and Strecker 1999). Today, the intensity of precipitation within a given area fluctuates by more than a factor of two. Potential sources for this variability are the ENSO and TAD precipitation teleconnections (Trauth et al.  2000).

Rainfall during an El Niño event is anomalously low in the intra-Andean part of the study area, whereas rainfall amounts are significantly higher in the Andean foreland. During El Niño years, most stations in the intramontane Santa Maria Basin receive less than 50% rainfall as compared to the mean-annual value. In contrast, regions in the southeastern part of the study area as well as in the eastern foreland of the Andes receive more than 125% of the normal value. Similar results, but with an opposite sign characterize La Niña events. Whereas mountainous regions receive higher precipitation, the foreland experiences reduced rainfall. However, the amplitude of these spatial anomalies is smaller than the corresponding anomalies during an El Niño event.

The major part of the study area shows only a weak La Niña response, i.e., values are on the order of the mean annual precipitation. Interestingly, large areas covered with K-T sedimentary rocks receive higher amounts of rainfall than average during these years. Also the northwestern mountain regions receive higher amounts of rainfall during La Niña events. The Tropical Atlantic SST Variability (formerly known as Tropical Atlantic SST Dipole) seems to consistently increase rainfall in NW Argentina. Especially in the mountain regions, rainfall is locally significantly higher by a factor of two. Similar to the La Niña precipitation pattern, rainfall is increased in regions with predominant K-T sediments. 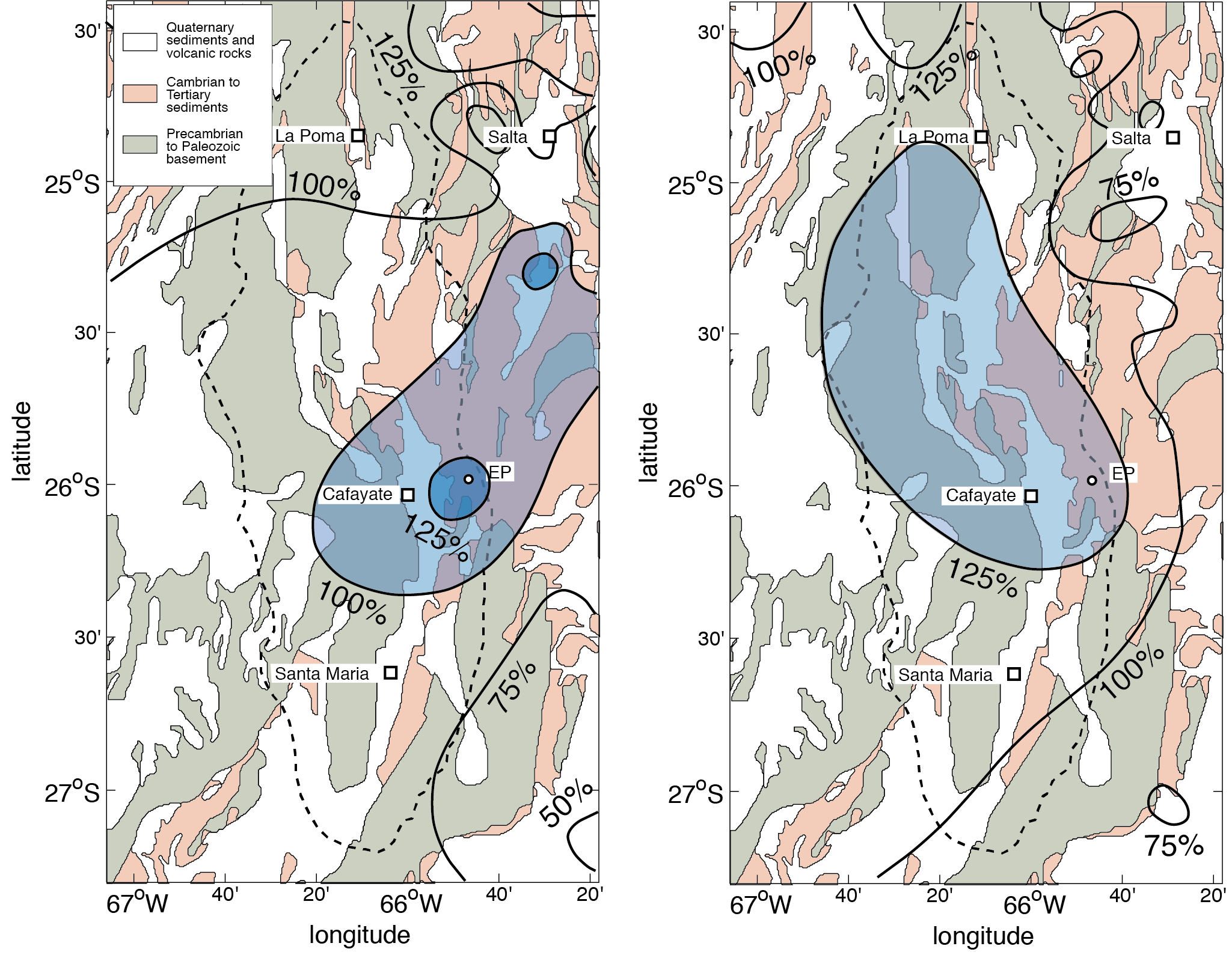