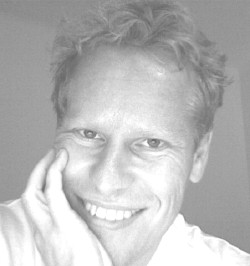 Here is a short outline of my research and teaching at the U Potsdam, Germany, and elsewhere, with emphasis on the use of MATLAB in earth sciences.

Each of these projects has involved the use of MATLAB to apply numerical and statistical methods (such as time-series analysis and signal processing) to paleoclimate time series, lake-balance modeling, stochastic modeling of bioturbation, age-depth modeling of sedimentary sequences, or the processing of satellite and microscope images. Coming from FORTRAN77, a physics colleague and friend suggested to use MATLAB in late 1992 as a much more efficient tool to run data analysis projects. Since then I have been teaching a variety of courses on data analysis in earth sciences for more twenty years, both at the University of Potsdam and at other universities around the world.

Please visit my webpage at the University of Potsdam to learn more about me and my research. I also run webpage at ResearchGate, and very recently at Twitter and Facebook. You can also send me an email with questions, suggestions and corrections of the webpage.