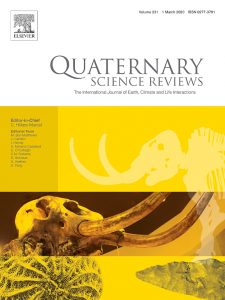 I am pleased to announce a Quaternary Science Reviews virtual special issue on “Global monsoonal systems during the last glacial-interglacial cycle”. This special issue focuses on well-dated records of all regional monsoon systems as well as paleomonsoon modelling during the last glacial-interglacial cycle (from ~ 150,000 years ago to the present). Interested authors of articles on the topic may contact me via email.

Monsoon is one of the most important components of the climate system and it strongly influences the economy, culture and rhythms of life of a large population on the Earth. Monsoon influences the climate not only in tropical and subtropical regions, but could also affect the climate at higher latitudes. Both observations and proxy reconstructions show that different regional monsoons (South and East Asian, Australian, North and South American, North and South African monsoons) could exhibit similar variations under a common forcing, but they also display significant differences related to the unique features of each monsoon system. High-resolution paleo-monsoon reconstructions with well dated chronology are indispensable for understanding the evolution of each monsoon system and the comparison between different monsoons. This special issue focuses on well-dated records of all regional monsoon systems as well as paleomonsoon modelling during the last glacial-interglacial cycle (from ~ 150,000 years ago to the present).

Paper submissions are invited on the following topics