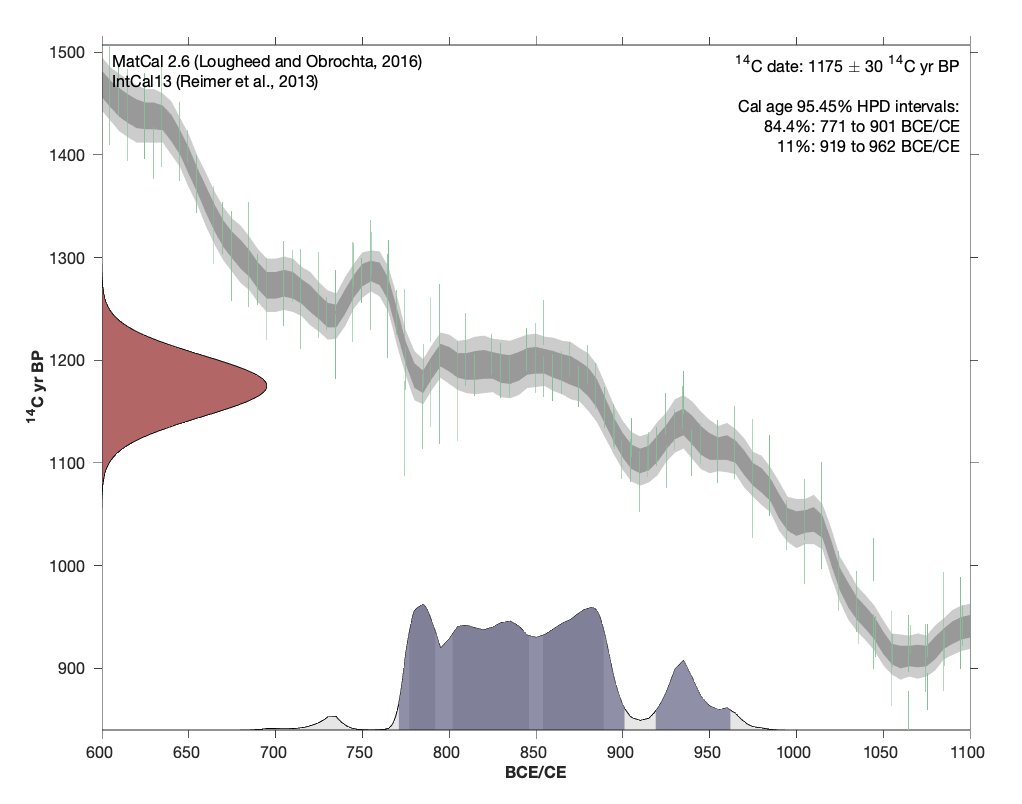 In the MDRES book I promote the CALIB software for cabrating radiocarbon (14C) dates. Today I received a nice message from Bryan Lougheed at Uppsala University. He, together with coauthor Stephen Obrochta, developed a MATLAB-based Bayesian age calibration function to calibrate 14C ages.

According to their paper published in the Journal of Open Research Software the MatCal function produces a probability distribution function of the calibrated ages, as well as 1-sigma and 2-sigma  probability calibrated age credible intervals. Before calibrating the ages, a reservoir age can be specified. The output can be either  Cal BP or BCE/CE (BC/AD). The user can choose from a number of calibration curves, including the latest version of IntCal. Publication ready calibration plots are also produced, with the option to save to disk. Well done, Bryan and Stephen, highly recommended!