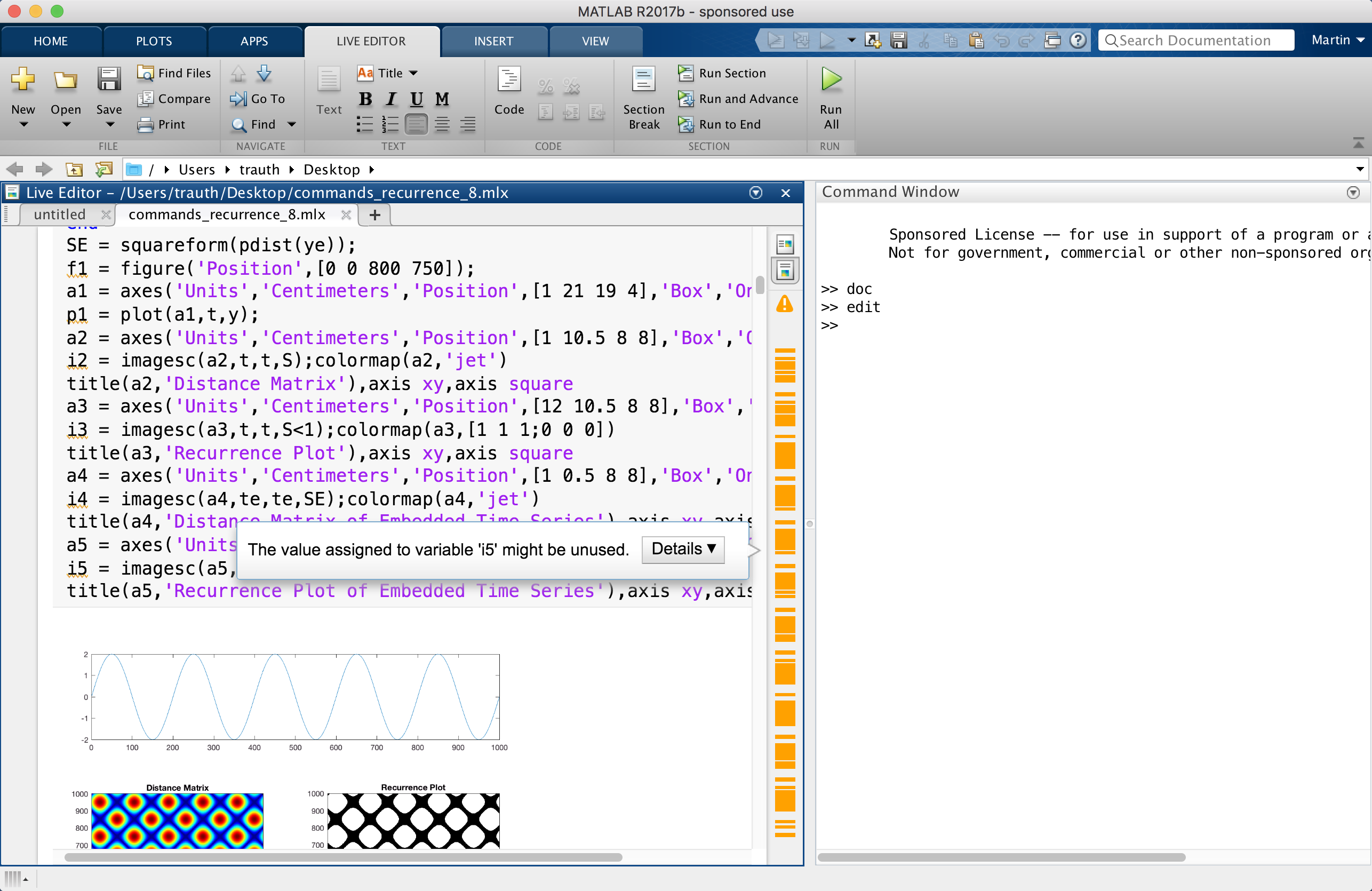 According to the Release Notes for R2017b the Live Editor now checks code for errors and warnings using the message bar and message indicator. However, deactivating the warnings in the editor does not seem to affect the Live Editor. Was the possibility of disabling warnings forgotten by the software developers? In my example the message bar is full of warnings marked in orange because I define graphics object handles most of which are not used.

Today, October 9th, 2017, I got a response from the support to the question about deactivating the warnings: “At this time, the ability to disable warnings is not available in the Live Editor. There is an open request to enable this feature in a future release, and I have added your comments to it. Beyond that, I cannot say for certain when this feature will be implemented.”