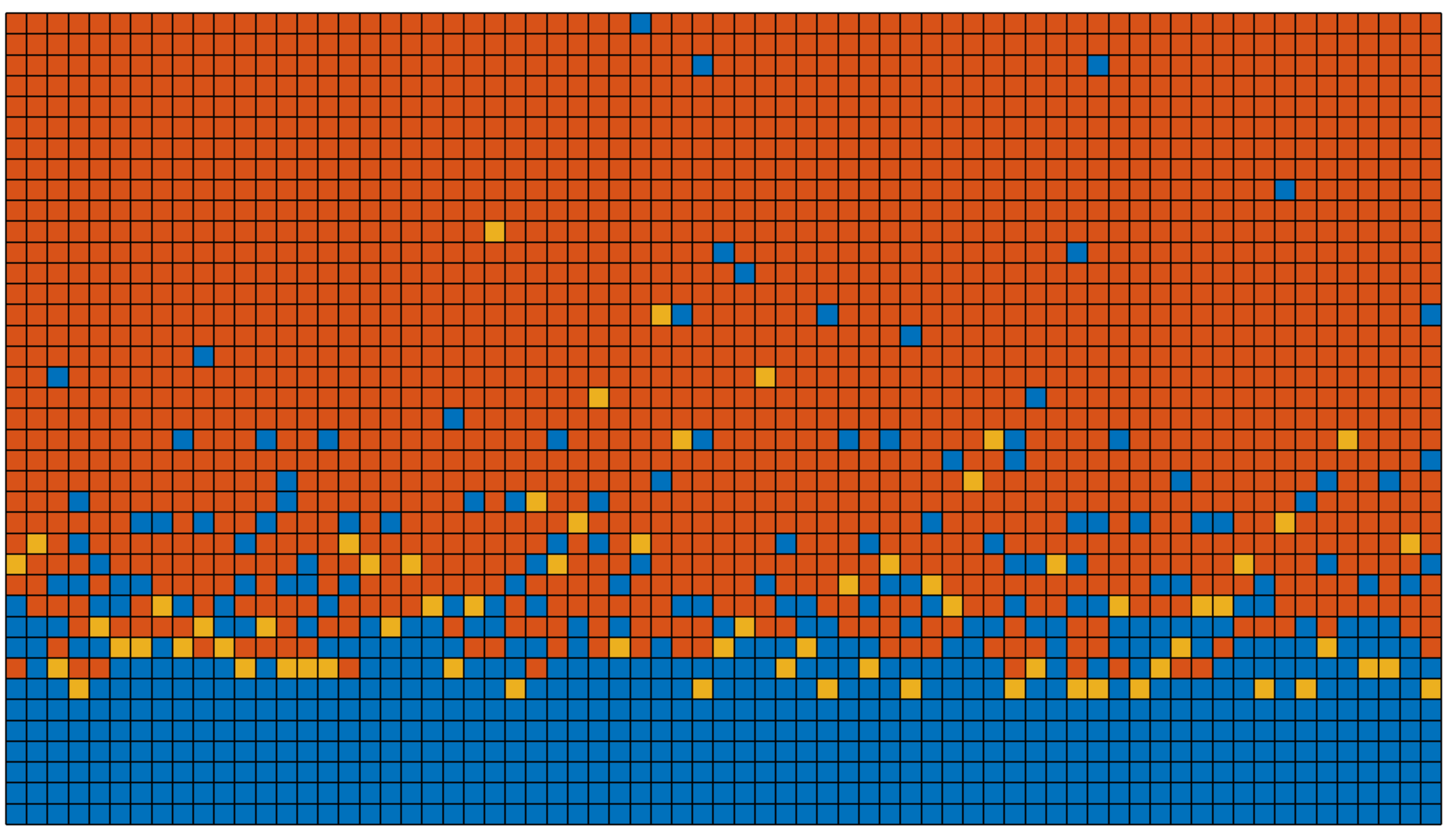 Here is the second of several animated models of bioturbation. It simulates the effect of mixing of a 5 cm thick layer by benthic organisms on a single 1 cm thick layer of yellow particles, followed by layers with 100% red particles.

Here is a plot of the sediment abundance after benthic mixing: 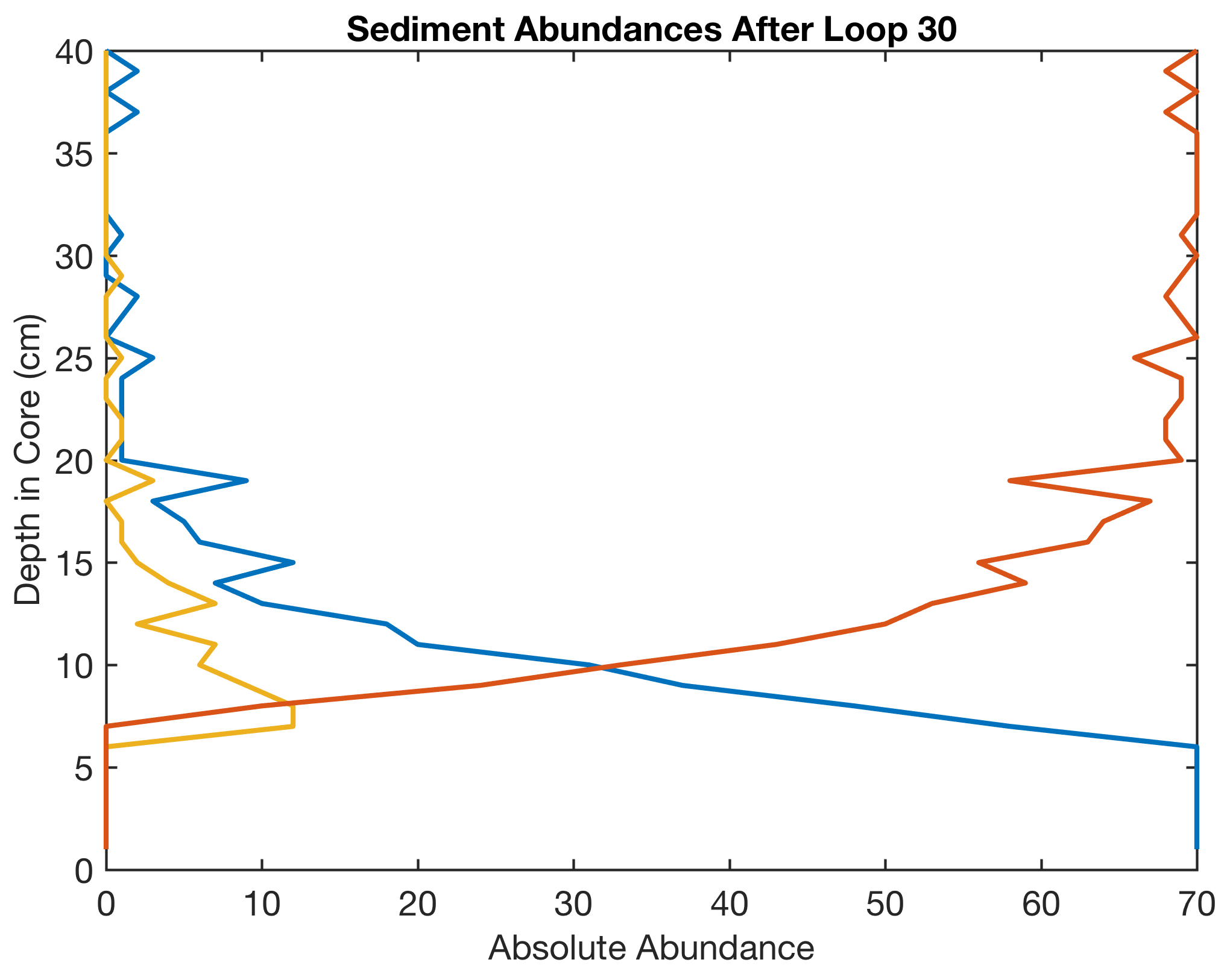