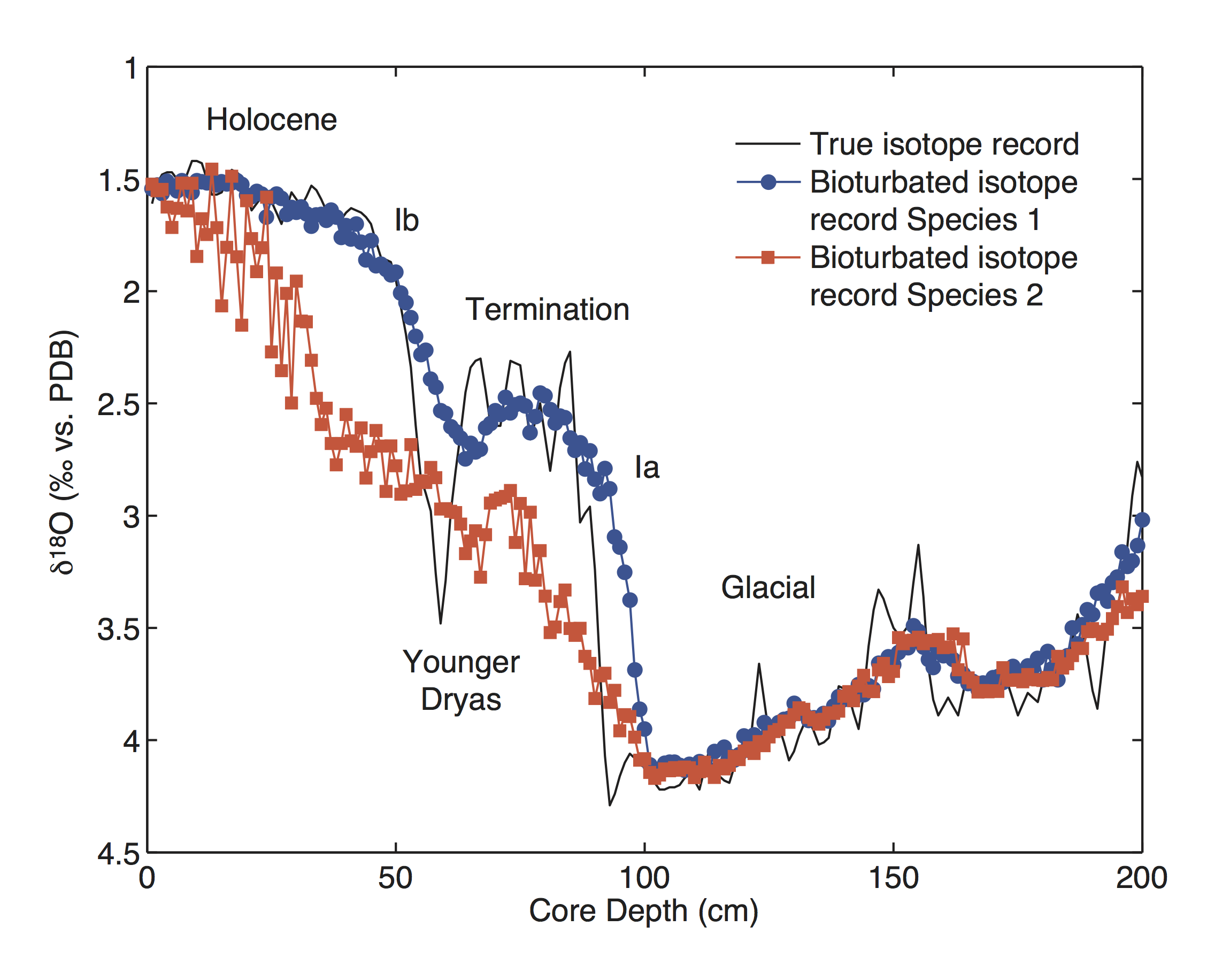 Bioturbation (or benthic mixing) causes significant distortions in marine stable isotope signals and other palaeoceanographic records. My doctoral project at the University of Kiel between 1992-1995 aimed to model, to quantify and deconvolve the effect of bioturbation in deep-sea sediments.

The TURBO bioturbation algorithm published in 1998 (Trauth, 1998) can be used to simulate the effects of benthic mixing on individual sediment particles such as foraminifera tests. The advantage of this model is that it allows users of the program to study the effect of bioturbation on isotopic signals from stratigraphic carriers such as foraminifera. It is also able to simulate the effect that a small sample size (i.e. a small number of foraminifera tests with isotopic measurements) has on the noise level of an isotope record.

The disadvantage of TURBO, however, is that it was written in FORTRAN77. This programming language is very inefficient in daily use compared to increasingly popular numerical computer programming languages such as MATLAB. The software has therefore been chosen as an appropriate programming language for a complete rewrite of TURBO, to be known as TURBO2. TURBO2 provides a tool for time-variant bioturbation modeling of signal carriers, such as foraminifera carrying an isotope signal (Trauth, 2013).

The TURBO2 MATLAB program consists of only ∼50 lines of computer code; the script to import the synthetic data to be mixed, to run TURBO2, and to display the results consists of another ∼50 lines of MATLAB code. In contrast, the original FORTRAN77 TURBO program consisted of ∼900 lines of code, not including any algorithm for the graphical display of results, in contrast to the MATLAB-based TURBO2. The MATLAB code of TURBO2 including example data is available for download.