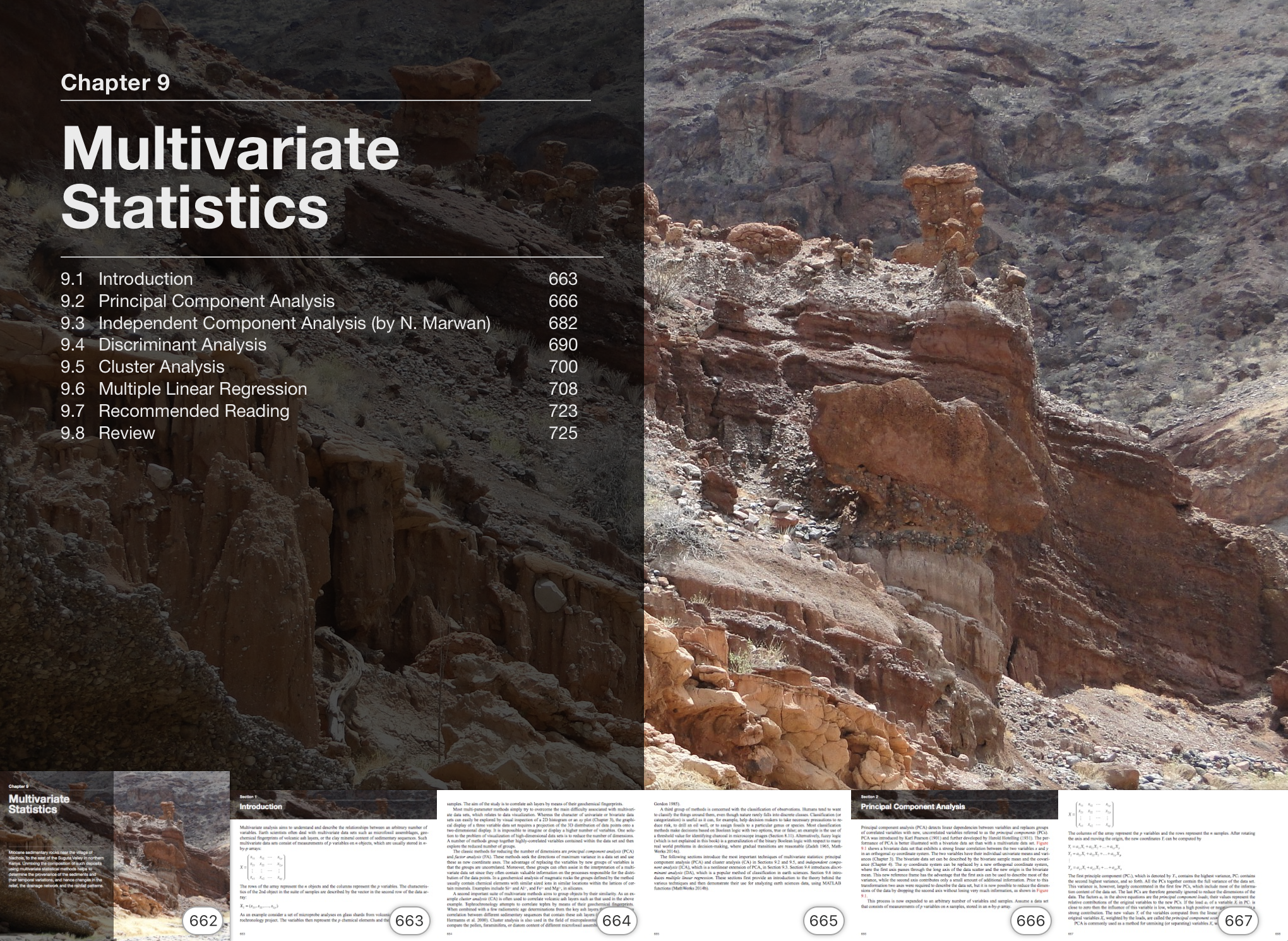 With its fourth edition, the MRES book makes its first appearance as an interactive ebook. This ebook allows the reader to interact with the book and comes in two different formats, with the first being for Apple iPads and Macs (in the form of an .ibooks file created with Apple’s iBooks Author software) and the second being for other platforms (as a PDF file that includes relative links to interactive objects stored on the reader’s hard drive).

The ebook for iOS and macOS devices includes movies, galleries, audios and interactive 3D displays, as well as reviews at the end of each chapter. The movies demonstrate the use of graphical user interface tools; they also help to explore the effect that changing input parameters has on the output of a function and to visualize mathematical operations. Galleries are generally used to present a series of linked graphics, such as those displaying the various measures of the dispersion and shape of a distribution. Audios are used to provide a striking representation of signals and noise, as well as the effect of filters. Interactive 3D displays allow interactive rotating of digital terrain models and other three-dimensional objects. Each chapter ends with a Review (or quiz), which tests the reader’s understanding of its content.

The interactive ebook for other platforms comes as a .pdf file, which can be accessed with the free Adobe Reader software. The reader of the PDF version of the book receives a complete package of files that includes the actual ebook as well as a series of directories containing the interactive objects, the recipes with all the MATLAB commands featured in the book and the example data. It is important to note that the specified directory tree, especially the names of the directories, should not be changed.

I wonder if the effort to create an interactive book was worth it? Did you download the iOS or non-iOS version of the book? Please let me know via email how to find the interactive version? I would be very grateful to you, as I have so far received little feedback on the sale of the interactive formats from the publisher.