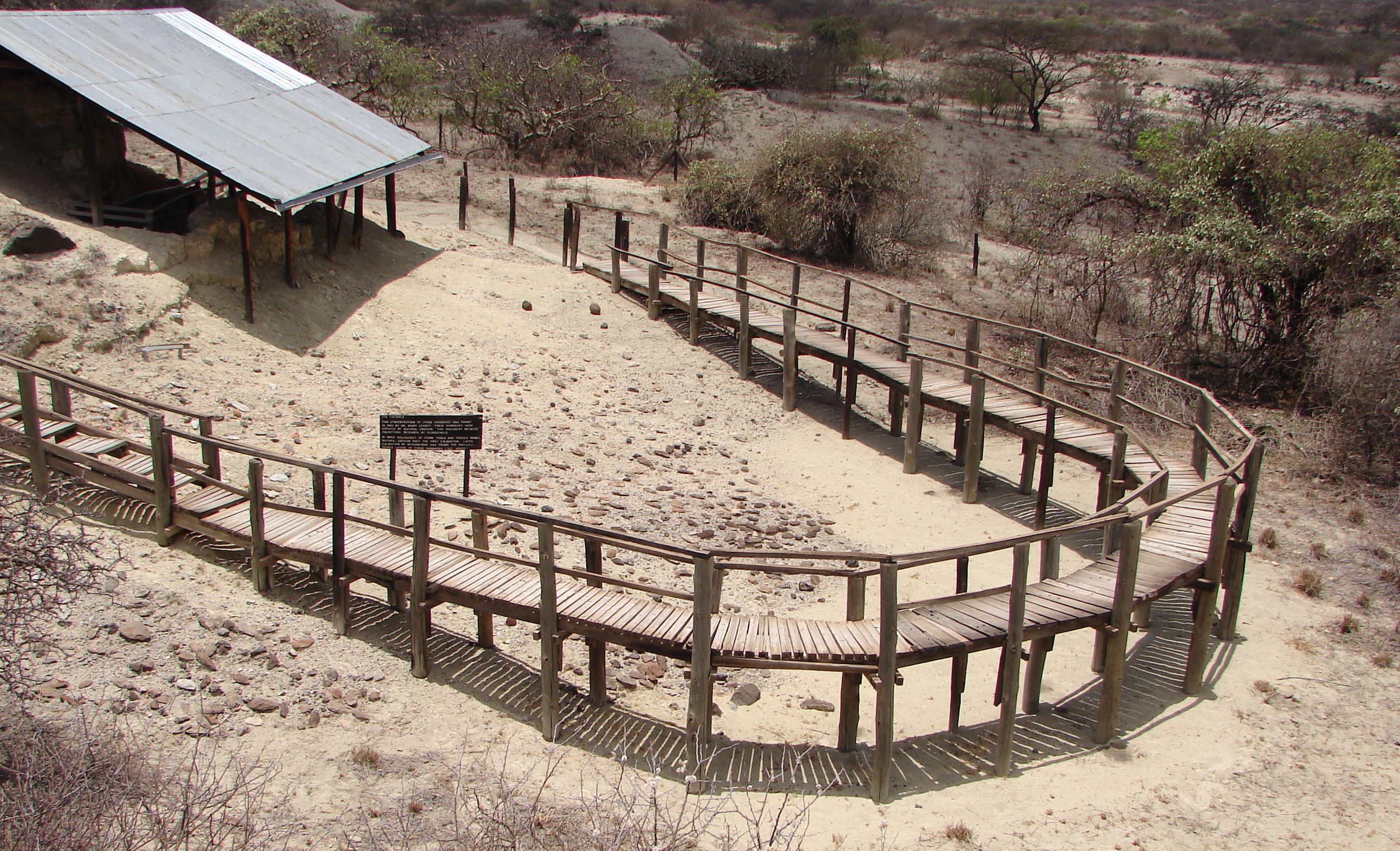 Some archeological sites in East Africa revealed unusual accumulations of Acheulean handaxes, such as in Olorgesailie in Southern Kenya (see photo above) and in Kariandusi in Central Kenya. It has been debated whether these accumulations were a result of fluvial reworking or of in situ deposition by hominins. A MATLAB-based algorithm to automatically determine the orientation of handaxes in excavation plans helps to test the preferred orientation of stone tools as the result of fluvial reworking.

The idea for this project came up during a summer school in Kenya in 2010/11. One of the highlights of an excursion to the Kenya Rift was the visit of the Acheulean prehistoric sites Olorgesailie and Kariandusi, both intensively studies by archeologists. One of the participants of the excursion, Marius Walter, bachelor student at the University of Potsdam, was fascinated by the idea to test the hypothesis of a preferred orientation using MATLAB-based image analysis.

Back in Potsdam, the student began to develop a MATLAB algorithm to distinguishing handaxes by their characteristic shape from other objects and to determine their orientation. The algorithm simply calculates the distribution of distances of all pixels representing the outline of the stone tool from its centroid. Since there are significant differences between the distributions we can use this information to distinguish handaxes from other objects. The longest vector indicates the direction of the tip of the handaxe and thus its orientation. 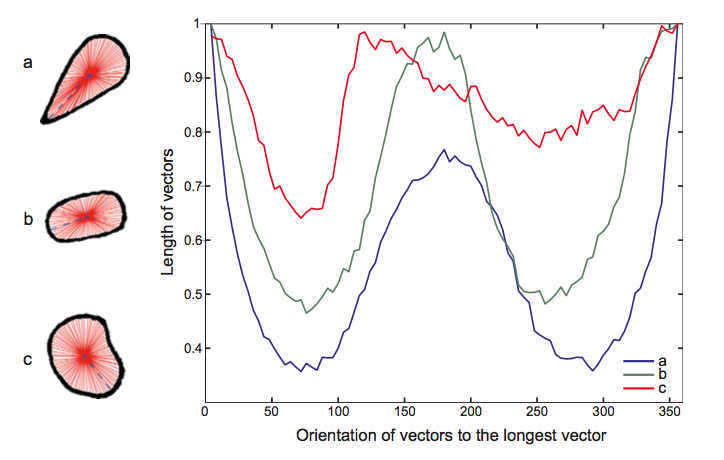 Marius Walter also studied the behavior of handaxes in water currents was investigated in a current flume and the flow threshold required to reorientate the handaxes was determined. The results of these experiments suggested that, in relatively high energy and non-steady flow conditions, handaxes will reorientate themselves perpendicular to the current direction.

A Rayleigh test was then applied to the orientation data to test for a preferred orientation. The results revealed that the handaxes at the Upper Kariandusi Site and the Olorgesailie Main Site Mid Trench had a preferential orientation, suggesting reworking by a paleocurrent. The handaxes from the Olorgesailie Main Site H/6A, however, appeared to be randomly oriented and in situ deposition by the producers therefore remains a possibility. The results of Marius Walter’s work was published in the Journal of Human Evolution.